When Justin Holness left home for the first time at 17 years old he unwittingly moved into a Winnipeg neighbourhood wedged between two rival gangs – the African Mafia and the Indian Posse. “Being half black and half Indigenous, neither gang knew what to do with me,” says Justin, now 33.

Reeling from his parents’ recent divorce and struggling to find his place in the world, Justin got caught up with the wrong crowd. “I hit my own rock bottom.” And then his brother called. Justin was going to be an uncle.

“It was a wake-up call. I felt so embarrassed because I was so street involved. That’s when I had to face my problems head on. Who am I for my little niece to look up to? What do I have to offer?” 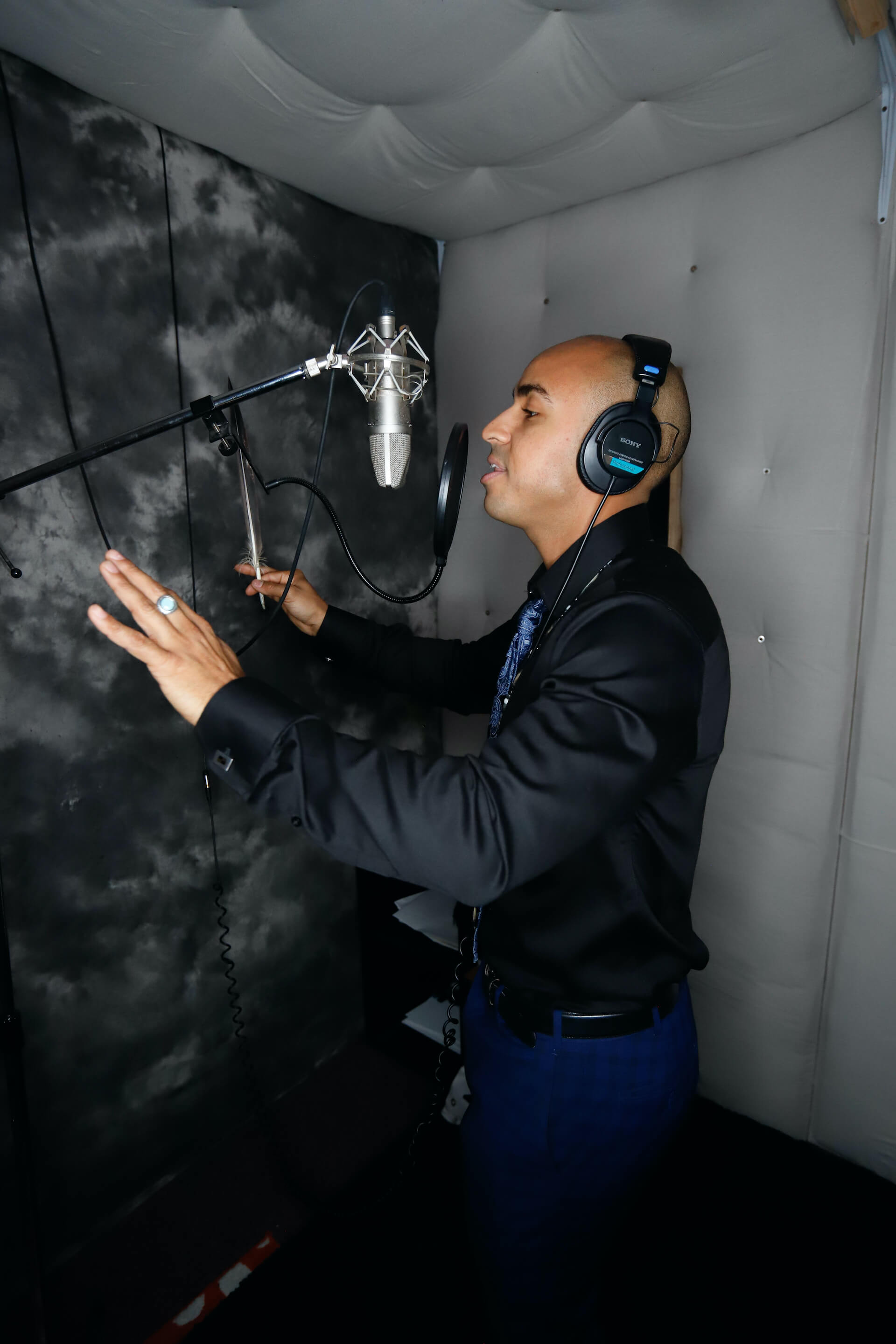 Now, just over a decade later, Justin is Jah’kota – an Ottawa- based successful hip-hop recording artist and entrepreneur, and a role model and mentor to Indigenous youth trying to break into the music industry. “I can honestly say that it was music that helped save my life.”

The stage name Jah’kota is a nod to both Justin’s Jamaican and Nakota heritage. His music speaks out against the enduring effects of colonialism on the Indigenous community. There is pain and anger in Jah’kota’s lyrics, but there is also pride and hope.

Inspiring and educating young people through music is Justin’s passion, but he does more than just sing about it. He brings his message directly into high schools and speaks to kids about Canada’s historical treatment of Indigenous peoples.

“I can honestly say that it was music that helped save my life.”

Jah’kota’s presentation is a rapid-fire history lesson using images, video and music, the school auditorium transformed into a hip-hop concert. He talks about his grandmother who was forced into residential school as a child, and then went on to become the first Chief of the first all-female band and council of Ocean Man First Nation in Saskatchewan. He explains the significance of the medicine wheel, shows TV news footage from the Oka Crisis and then he breaks the tension with music. He encourages the kids to sing along with him and they belt out “Wake up! Wake up! Wake up! Woke!” in time to the driving beat. At every school presentation, Jah’kota shares the spotlight with young Indigenous performers like nine-year-old Kaid, a hoop dancer from Kitigan Zibi First Nation who lit up the stage in Gatineau.

“Being able to speak to the kids in their language [through music] helps them learn and understand the truth about our history,” says Justin. “Instead of just being talked at, they feel involved. The non-Indigenous kids want to share my music and that helps them feel like they are doing something to make a difference.”

In 2018, Justin received the CBC Trailblazer Award for TR1BE Music, as the owner and founder of this first Indigenous-owned profit sharing streaming platform. The site promotes Indigenous artists and gives back financial support through subscriptions. The platform will soon feature Jah’kota’s third album Resurgence. “My last couple albums were all me being mad at Canada and releasing that anger through my music. Resurgence will be about resilience this time.”

Justin’s spirit name is owicagiyesa which means “the one who helps” in Nakota. Through his high school tours, his music, and profit sharing platform, Justin tries to live by that code.

“...we’re in a time of resurgence, where young people are growing up with their traditions, their ceremonies. They’re growing up learning their languages.” 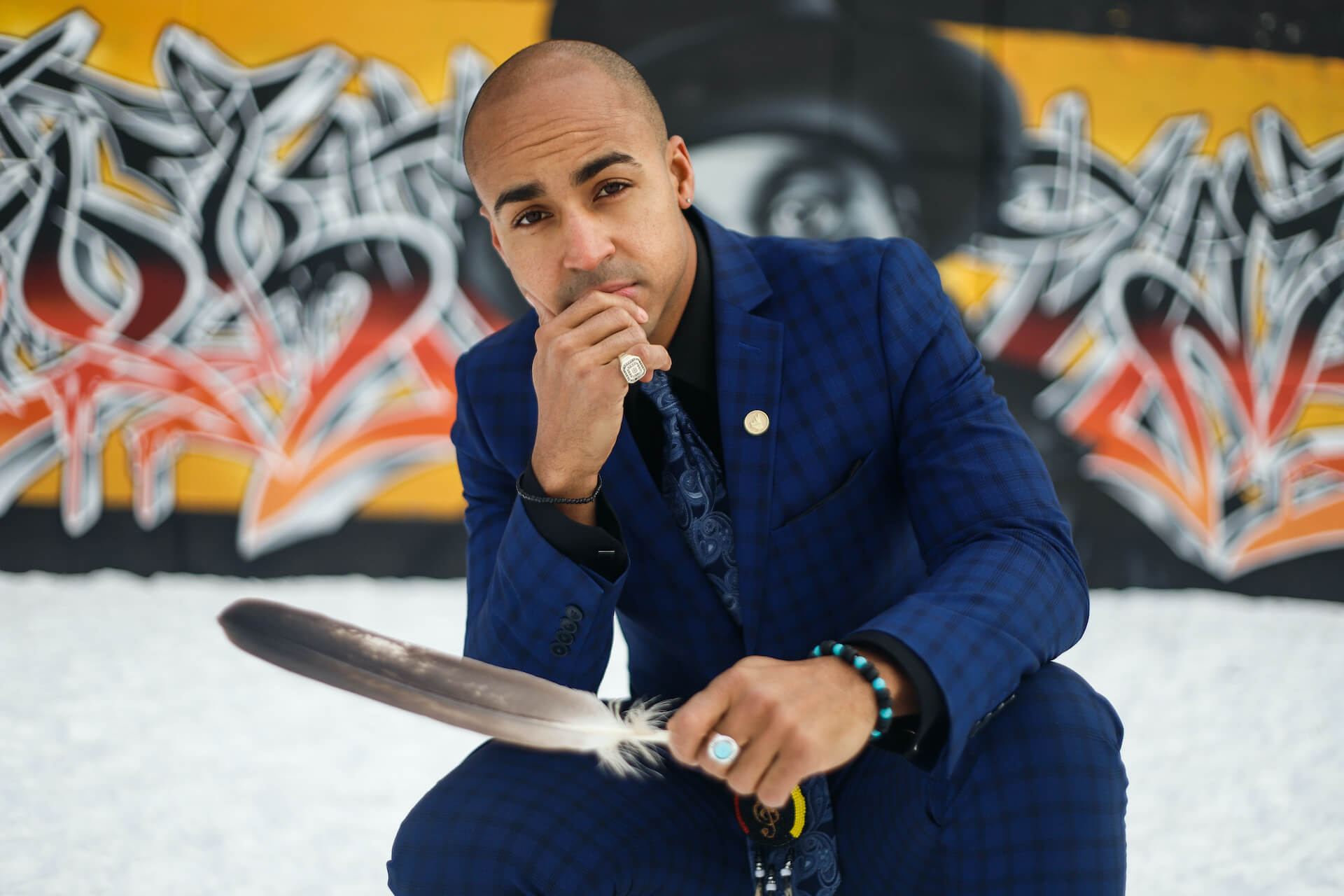 The number of
Indigenous youth
is growing
Up 39% compared to 6% for non-Indigenous youth.
77% of youth aged 15 to 34 use the Internet
to follow news and current affairs.

In 2016, 27% of Canada’s youth identified as members of a visible minority group
14% of youth in Canada have
experienced some form
of social isolation.